My wife, Nida, and I toured Holland, Belgium, Luxemburg, and Germany for my various concerts in May, 2013. It was a chilly spring! 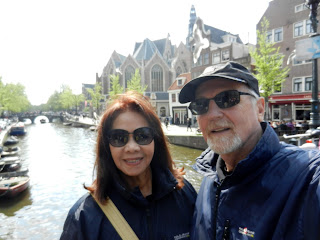 My first 2 concerts were in Pforzheim, Germany - for the eleventh year in a row. It was enjoyable seeing many friends who attend each year. Some of them played on stage with me too. 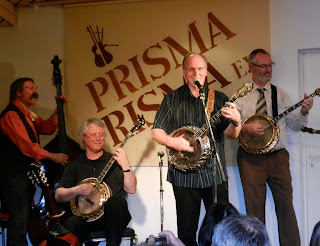 The next concert was just south of Munich, Germany, where I performed as a guest of Hans Dengler and the Munich Banjo Band. The local newspaper had a few nice things to say about the show. 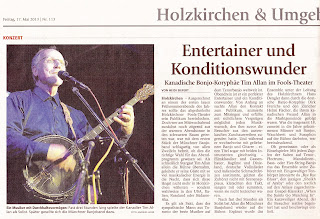 Friends of mine, Joachim and Michaela Schmidt, had an early birthday party in Wuerzburg, Germany, and arranged a nice concert venue in their home town. Joachim played a few songs with me on his beautiful banjo. 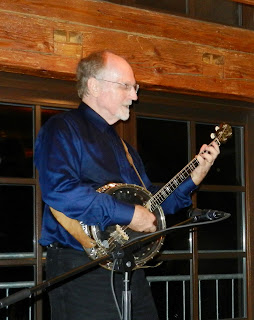 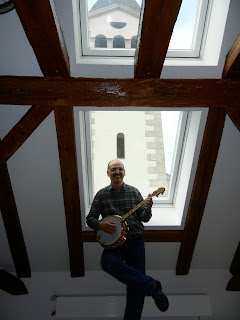 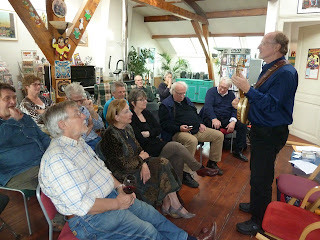 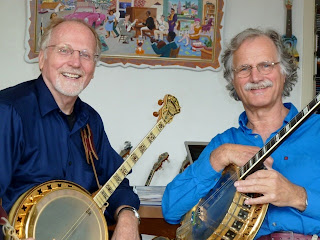 My final concert happened in the Hague, Netherlands, where I offered a banjo workshop then played a banjo concert. My friend, Tom Stuip, made some wonderful musical guest appearances during my concert.
Posted by Tim Allan at 10:09 AM